This is about saving the quetzal.The most beautiful bird in meso-America, nearly extinct, it is said to have fought alonside the Maya king in his fight against the conquistadors, and at his death settled on the wounded King's chest, hence the scarlet plummage on the birds breast. It symbolises freedom and will not breed in captivity. To make things worse, they are not very good at flying, which doesn't make survival any easier for a bird, and is particularly unfortunate when the destruction of the cloud forest has substantially reduced the available habitat.﻿﻿ 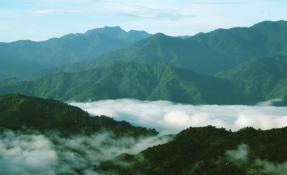 INTENTION OF THE PROJECT

We have tried to identify the causes that threaten the Quetzals survival.

We have asked whether the United Nations REDD+ plus program will help to save the forest.

We have wondered whether the oppression of the indigenous people really has ended and find what part they play in the preservation of their cultural symbol.

You can read the latest report from the Inter American Commission on Human Rights (IACHR) at http://www.oas.org/en/iachr/media_center/PReleases/2012/033.asp﻿

We visited the ruins of the ancient Mayan city of Ximiche﻿ , which is still used today by the Shamans who had to work overtime to rid the site of an imported malevolence following the visit of George W Bush culture. We explained the Long Count calendar which predicts the emergence of a new era, and eventually we really did  find the feathered serpent God, Quetzalcoatl, the part bird part dragon, which inhabits the remote cloudforest of San Narcos.

We avoided becoming caught up in the wave of criminal violence sweeping the the country as a result of the drugs trade.